Sarasota is a quirky town with some pretty interesting people...

This article was originally published on EliteDaily.com

Thanks to Chris Leverett for the awesome cover image.

I’ve lived in Sarasota for more than a decade. I moved here mostly because it wasn’t Ohio and stayed because I fell in love with everything about it. I have since come to call Sarasota my home. Over the years, however, I’ve noticed that Sarasota is a quirky city with some pretty interesting people.

I’m sure I left a few archetypes off the list, so if you think of a Sarasota stereotype you’d like to share with me, leave it in the comments below.

This one seems pretty obvious, so I decided to get it out of the way early.

For the uninitiated, “Snowbird” is a term used in reference to the part-time Sarasota residents who head north for the hotter summer months, and return during the nicer winter months.

The migration happens twice annually. First, after Thanksgiving (unless it’s a warm winter, in which case the migration gets pushed back until after the holidays), and then again around Easter when things start to thaw out up north. They are responsible for most of the traffic congestion and also make up a good portion of the Bumper Car Drivers. See below.

Just because Sarasota has a rep for being a sleepy little retirement town doesn’t mean that the people here don’t like to party.

To be honest, you’ve probably never partied until you’ve seen drunk grandma doing the Dougie while grandpa dances shirtless at a beach bar.

You’ll find the senior socialites downtown on a weeknight, on Siesta Key on a Sunday afternoon, or over at Oleary’s Tiki Bar getting weird during happy hour.

You’ll see this guy on pretty much every beach in the area. Sometimes he is accompanied by Too-Tan Girl, but most of the time it’s just him. He’s usually wearing a speedo so he can minimize his tan line and he’s usually really skinny, or ridiculously fat. There is no in-between.

Sometimes you’ll see him riding a bike, but usually he’ll be walking the beach by himself, always looking slightly lost, yet always appropriately placed.

The Teen Who Wants to Move Away

Sarasota has a reputation for being a retirement town, so it’s really no surprise that many of the local teens and young professionals admit to thinking about moving away to a bigger city.

What they fail to see are the things happening in Sarasota below the surface, and how important it is for them to get involved in helping us shape the future of this city we all love. The same people also fail to see how much their apathy compounds the lack of progress here in Sarasota. If instead of running away, they realized that all they have to do is stand up and get involved, then we might actually get something done in this town.

While heroin usage is on the rise in Manatee County, it seems like marijuana is the drug of choicehere in Sarasota, especially down on Siesta Key.

Just go down to the public beach at sunset on a Sunday. The drum circle will keep you entertained, and if you don’t catch a whiff of weed, you’re probably in the wrong place. No one wants to talk about it, but everyone is doing it. Welcome to Sarasota.

If you’ve been here for more than a few weeks, you’ve probably seen this once or twice already. It’s usually the result of a salty personality mixed with too much plastic surgery. A combination that inevitably leaves some middle-aged woman looking like her face has been pulled back so tight that the skin around her eyes might rip if she blinks too hard.

Rarely stopping at just the face, they usually get their lips and tits done, too. With no shame in their game, you’ll find them clinging onto, looking for, or taking advantage of, their sugar-daddies. You’ll recognize them in public because they’ll be wearing white capris, leopard print blouses, and heels that match but are too tall to walk in comfortably.

Sarasota is a wealthy town, but with more than double the average number of homeless residents for a city of its size, we also have a serious homeless problem. Most likely due to the generous nature of Sarasota residents, the warm year-round climate, and the lenient stance the city/county has taken on the presence of homeless people in public places.

While most of the homeless in Sarasota are harmless, there are a few who are quite aggressive when asking for assistance. One lady in particular is well known for her drunken late-night rants through Main street and the surrounding area. Chances are, if you go out in Sarasota, whether during the day, or at night, you’ll run into at least one homeless person who will ask for your help.

There is no shortage of retired CEO’s and former bigwigs here in Sarasota. People who built empires and then retired to paradise. It’s one of the reasons there is so much money in this town and also why there are so many nonprofits in the area.

They are a great resource for local young professionals because they are full of insight and experience, and you’d be surprised by how many of them are looking for opportunities to do something other than play another round of golf at the Ritz or spend another lonely afternoon on their yacht. Yes, some of them are snobby assholes, but most of them are actually willing mentors who are interested in helping you succeed. You just have to get out of your own way a bit and find the right one.

These guys work out at a Crossfit gym in your backyard and you don’t even know it. You can spot them easily in public because they like to congregate in large numbers and wear really tight clothes.

The Fit Freaks also like to touch their muscles in public and flex randomly when you meet them. They are usually harmless- unless you get them drunk. Then they like to break things and constantly remind you how much harder they work out than you do.

The Amish on Tricycles

If you have ever driven around Bahia Vista and Beneva then you’ve probably seen some Amish people riding around on tricycles. Most of them are actually Mennonite, and there is a large concentration here in Sarasota. The neighborhood is called Pinecraft and it is a popular vacation destination for Amish and Mennonite communities from Ohio and Pennsylvania.

They have been featured on national TV shows like Breaking Amish and they seem to enjoy hanging out on the beach just like the rest of us, albeit with far more clothes on than most of us would wear.

Sarasota has been a Circus town since John Ringling made it the winter home for his 1927 Ringling Bros and Barnum & Bailey® Circus. If you start spending much time in the area then you are bound to bump into someone who performs in the circus for a living. The things they can do will blow your mind.

You can check out local performances over at the Circus conservatory, or in different acts across the world. The most prominent of course is Sarasota’s very own Nik Wallenda who walked across the Grand Canyon on a 1-inch high wire without a net.

The Starving Artist is not unique to Sarasota, but with a world class art college and one of the most liberal universities in all of America, Sarasota definitely has its fair share of hopeful hippies.

Throw in Sarasota’s high society and you get an art scene that seems unattainable for many of the local artists who give Sarasota its creative flair. The bohemian feel of parts of the Rosemary District is a huge draw for members of a creative community who are on the edge of no longer being able to afford homes in their hometown.

Spend enough time in this town and you’ll probably run into a doomsday prepper who lives out in Myakka or someone who is trying to start his or her life over in a place far removed from wherever they lived before they got here.

This is the old person you’ve seen driving who can barely see over the steering wheel of their car. They usually drive at about half the speed limit, change lanes without warning, stop in the middle of intersections and drive in-between lanes.

Their bumpers are used like antennae to feel around for places to park, and if you are not careful, you might end up side swiped or T-boned by one of these drivers who probably should have been off the road years ago. It’s the reason why there are so many body shops in the area and why your insurance premium is about to go up.

You’ll see the rich kids riding around Sarasota in a supercar that daddy’s dollars bought them. They probably have trust funds, and might have jobs, but they definitely don’t work for a living.

The rich kids like to pretend they are down for the struggle and can be entertaining to keep around assuming you find one that’s not too much of a douchebag. It’s hard to stay mad at a rich kid, though, because they know when they screw up and that usually means a ridiculously overpriced make-up present is coming your way.

A list like this would not be complete without talking about all the different breeds of cougars we have roaming these parts of Sarasota. It’s an unavoidable side effect of living in a city where too many old white guys have entirely too much money and not enough to do.

With nothing more to do than spend her obviously hard-earned cash, the trophy wife splits her time equally between the day spa, the tennis court, and the country club pool. Trophy wives often get together to gossip about other women who aren’t as pretty, or who has not hooked as wealthy a sugar daddy as she has. Housewives of Sarasota County anyone?

And there it is, my list of people you might meet as a full-time resident here in Sarasota, Florida. Did I leave anyone off the list? Did I get it completely wrong? Let me know in the comments below, on twitter @RayTirado or on Facebook @ Raymmar Tirado.

Downtown Sarasota Marketing Survey
Should Sarasota Shrink Fruitville Rd?
My Experience as a Mentor at #SRQHacks in Sarasota
From the community
In the news
Headlines
Will 2019 be the Year "The Bay" Comes to Life?
Why is Ethan Hawke in Sarasota?
SU Town Hall focuses on shaping future of Sarasota 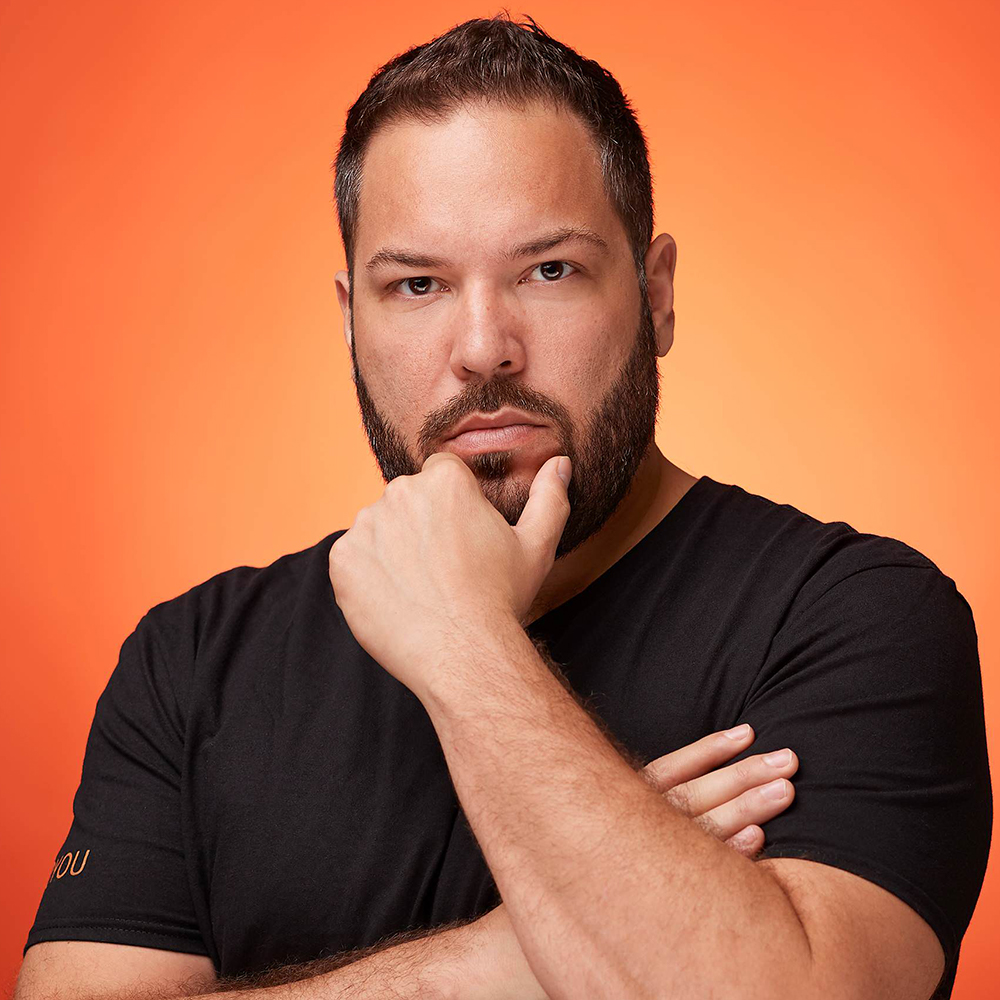 I'm just here for the show
Next by this author
Downtown Sarasota Marketing Survey
Other Related Content
We did it!
By:
Raymmar Tirado
Dang... Looks like there is no other related content.
Powered by:
Sarasota Underground
Become a sponsor 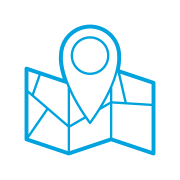 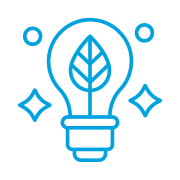 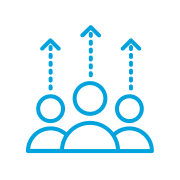 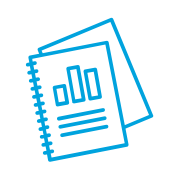 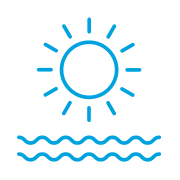